Last Sunday I went for a trip down memory lane.  About 20 years ago, whilst going for a walk along the canal from the pretty village of Le Somail, I came across a little restaurant on the banks of the Canal du Midi.  It must have been at about the same time of year as now. The restaurant was called La Cascade, after the water which cascaded through an overflow sluice in the canal right next to the terrace of the restaurant.  The terrace looked very inviting, and so I stopped for a drink or an ice cream, or maybe both.  The owners were very friendly and chatty, and I returned there many times for meals and celebrations.  Sadly the restaurant closed down a good many years ago, but the memories remain!

When I arrived at Le Somail I was surprised to see many cars parked everywhere.  Yes, it was wonderful weather, and it was Sunday, but why would there be so many people visiting?  The answer appeared soon enough – the village was hosting a gigantic vide grenier (flea market)!!  There were stalls on both sides of the canal, and lots of people browsing.  The pictures below are taken from the bridge across the canal – you can probably see just how far the stalls stretch into the distance. 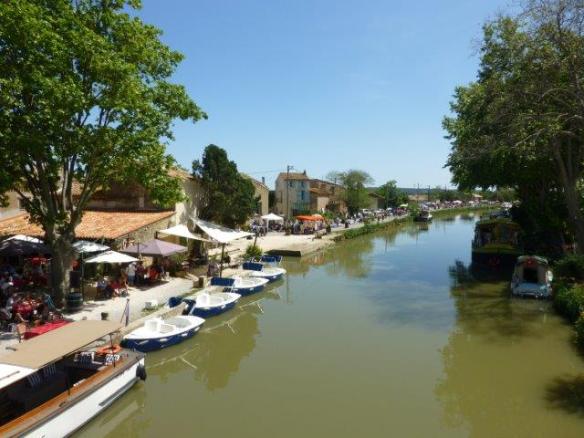 View from the bridge in Le Somail

I was headed in the direction of the big barge in the picture above.  Once I had made my way through the milling crowds and reached the towpath, the peace and quiet of the canal descended.  The plane trees here had not escaped the fungal disease, and for the first several hundred meters of my walk there was no shade.  Boats were moored along the opposite bank to where I was walking – the little cruiser has definitely seen better days!! 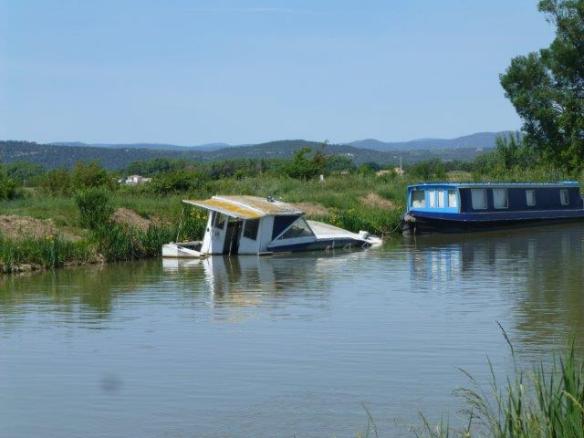 Yellow irises were flowering along the banks for most of the length of my walk:

Yellow Irises along the banks of the Canal du Midi

I’m not sure what the flower below is called – any suggestions? 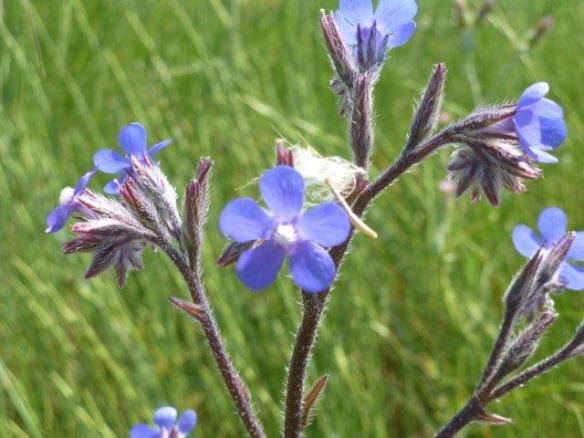 Unknown flower on the banks of the Canal du Midi

This beautiful butterfly sat still just long enough for me to get a picture: 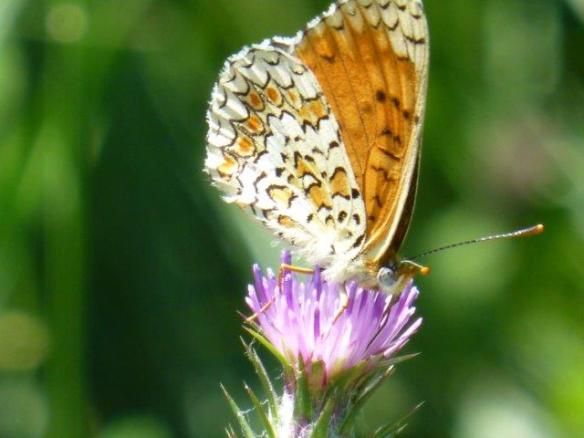 Butterfly on a thistle flower

The nightingales were singing away, and in the distance there was a cuckoo calling.  I took a brief video for you – make sure you turn on the speakers!  E-mail subscribers, please go to the website to view the video.

Along the way I came across this mother with her children – what a wonderful sight!  I counted a total of nine chicks!!

Mother duck and her chicks

When I eventually reached what had been “La Cascade”, I was not surprised to see that it had changed – not beyond recognition, but it had lost the rustic charm it had once had.  It appears that the building is now used as a private house.  I hope that whoever lives in it now, is enjoying it as much as I enjoyed it when I visited all those many years ago.

On my way back to Le Somail I took this picture – any ideas of what it could be? 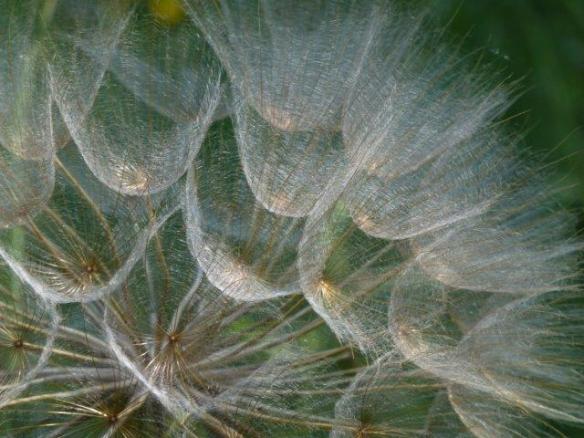 There are many wonderful walks along the Canal du Midi, and this was definitely one of them! 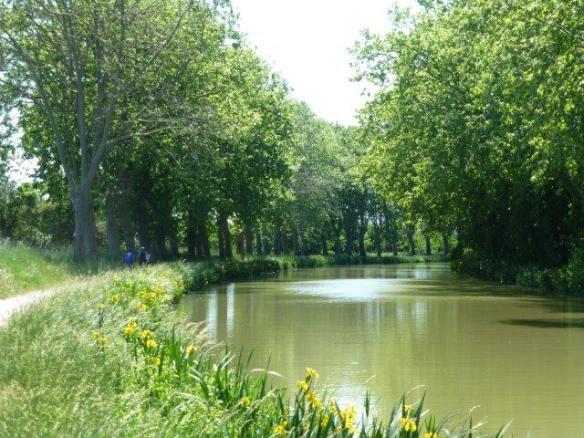 Walk along the Canal du Midi