By the time you get to read this post, the excitement of the past month will have abated a little!

Saint-Chinian has had a busy summer, packed with events!  Since the night markets were so successful last year, they were held each Tuesday throughout July and August.  There was music, food, and shopping, all in the main square, decorated with French flag bunting and coloured lights!

The passing of the Tour de France through Saint-Chinian on July 13 was a day of great excitement for the village!  It took the same route as last time (in 2011).  First came the “Caravane”, a long line of all kinds of publicity vehicles!  They distributed all kinds of goodies: hats, bottled water, jelly beans, newspapers, shopping bags, pens – you name it.  All thrown at the bystanders!! 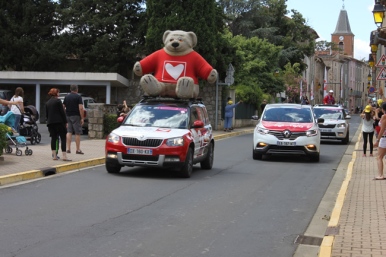 The cyclists came into the village along the Avenue de Villespassans, down the main street, and then they took a sharp right onto Avenue Raoul Bayou.  Luckily for us, the sharp turn slowed them down somewhat!! 😀

In Paris there is a huge military parade, along with an impressive display of planes flying in formation overhead: 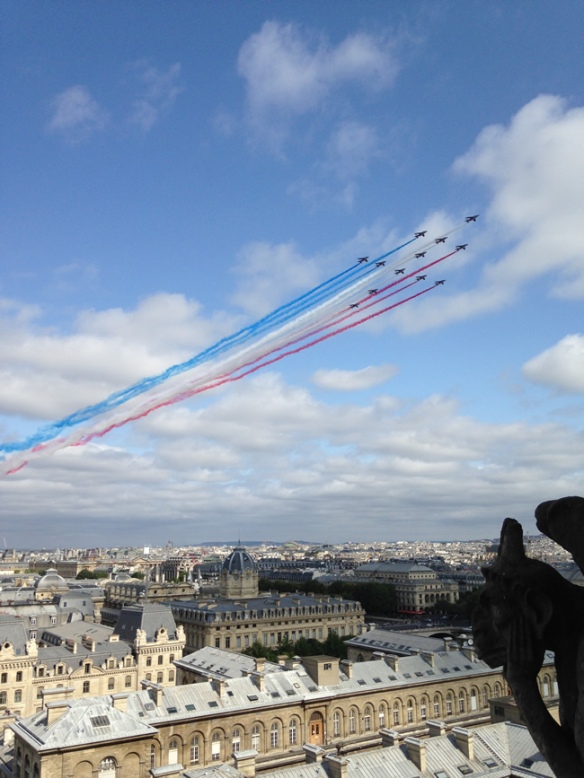 And at night, the Eiffel Tower is lit up with the most amazing fireworks:

But all over France, even the smallest villages ‘go to town’ and make the national holiday a festive event!  Look at how prettily the town hall in Saint-Chinian was decorated: 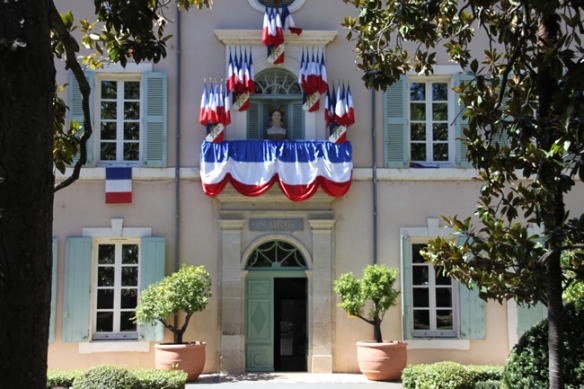 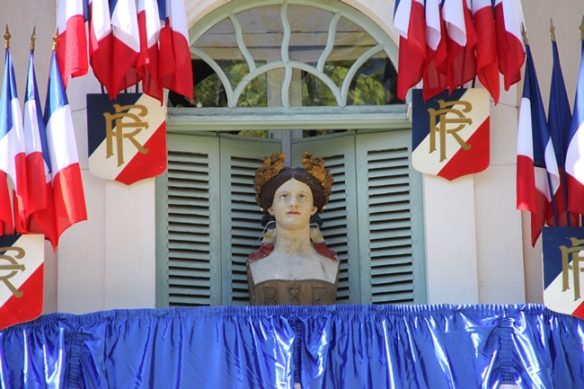 The fireworks in Saint-Chinian are usually not be sniffed at either – they are pretty impressive!!

Unfortunately, this year’s fireworks in Saint-Chinan had to be postponed, due to very strong winds.  To everybody’s great distress, Bastille day ended in horror for the people of Nice and throughout France – next year it won’t feel the same.

After Bastille day came the Fete du Cru.  Since it was not really a celebration but a wine fair, it was deemed to be OK to go ahead during the mourning period for the victims of the terrorist attack in Nice.  As always, the market square had been lined with two rows of booths, and you could taste the wines on display simply by buying a glass at the booth by the entrance.  I’ve written about this great event a few years back.  You can read the post here. 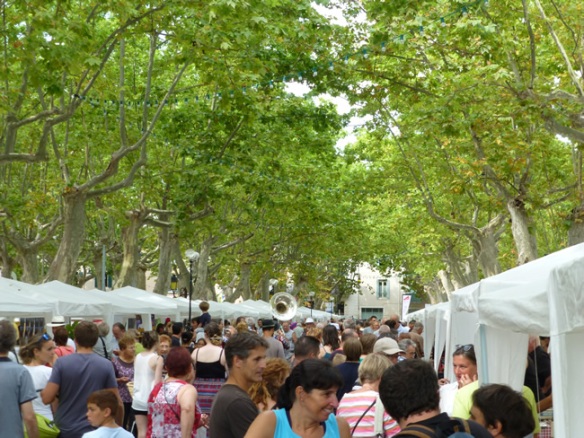 Did you go to any festivities this year?  What was your favourite?