You may know that I adore chocolate in all its forms: on its own, in desserts, in cakes, Belgian chocolates – you name it, I’ll probably have eaten it!!  🙂

Many years ago, I ate the most wonderful fondant au chocolat in a restaurant.  A fondant au chocolat is a chocolate pudding with a melting interior!!  I’ve been intrigued ever since, and a few weeks ago I decided to make some at home, purely in the interest of research on your behalf, you understand!! 🙂

I searched the internet for recipes, and finally settled on this one from the BBC Good Food website.

The ingredients were very simple:  butter, eggs, sugar, flour, a little coffee, some cocoa powder and, of course, chocolate!!

The preparation was not difficult either.  To start with, I brushed the moulds with melted butter and dusted them with cocoa powder.  The recipe specified dariole moulds or individual pudding basins, but omitted to give an idea of the size.  I had some dariole moulds, so used two of them, and I replaced the individual pudding basins with ramekins. 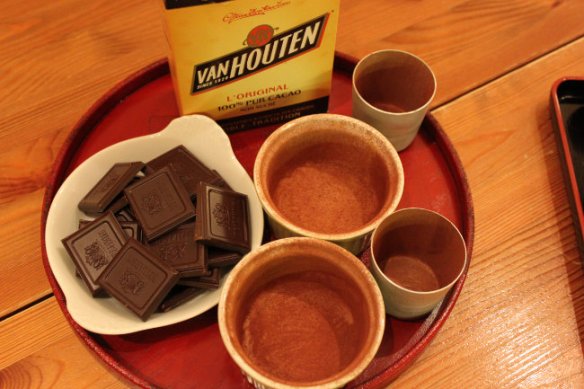 Next, I put the butter to melt over a very low heat, then added the chocolate pieces to that.  While the chocolate was melting, I beat the eggs with the sugar until they were very fluffy and thick.

I added the melted butter/chocolate mixture to the beaten eggs, and mixed the two, then added the coffee and the flour, and folded everything together until well blended.

My mixing bowl had a pouring lip, so it was very easy to fill the moulds.  The recipe called for six moulds – I managed to fill the two dariole moulds and five ramekins.  The darioles are kind of small, so the ramekins might have been the right size.

I cooked the two darioles right away.  The ramekins all went in the fridge.

After exactly 12 minutes, the puddings were well risen! 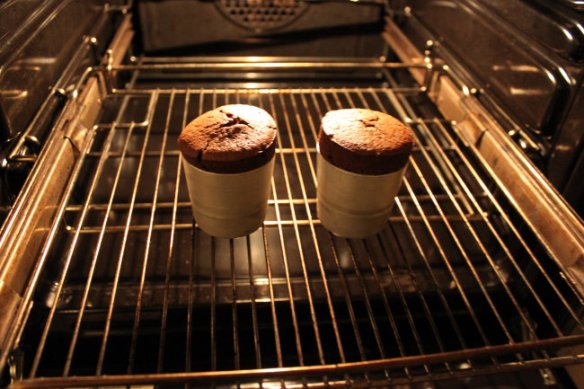 I ran a knife around the inside of the mould to help ease them out,  and served them with a scoop of vanilla ice cream!

The fondants were very delicious – the interior was still squishy, although not as runny as on recipe photograph.  Next time, I would reduce the cooking time for the dariole moulds by a minute or two.  They would probably turn out to be100% perfect.

A couple of days later, I cooked three of the larger ones, the ramekins that I had put in the fridge.  After 12 minutes cooking, the fondants turned out almost exactly like on the picture in the recipe!! 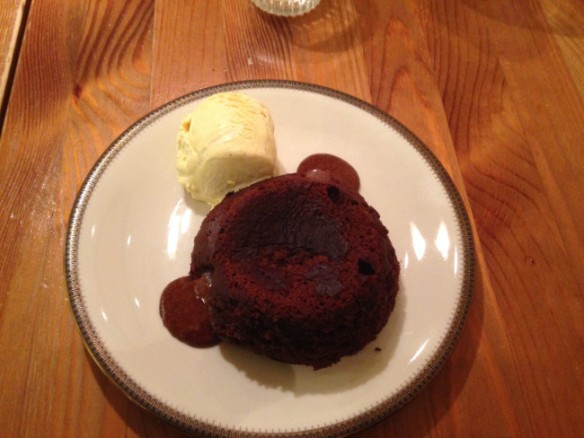 I have two more in the freezer for another day!!

Have you tried making these delicious puddings or something along the same lines?  Do you have your own foolproof recipe?