Have you ever walked down an empty street and felt that you were being watched?  Even though there were no curtains twitching nor anyone at the windows?  Disconcerting, until you discover a face, somewhere high up on a building – a face that may have been gazing out for decades or centuries!  Take a walk around the small towns in Southern France, and you’ll be able to find those faces – sometimes well hidden, sometimes very obvious!

Below is a face above a door in Pezenas.

Faces and facades share the same etymological origin.  The facade being the ‘face’ of a building, it projects political, symbolic and social values, revealing all kinds of information about its owner.  A lot of the ornate facades in this post date from the 19th century, when you could flaunt it if you had it and more was definitely better!!

The pictures below are of a building in Castelnaudary – a former department store dating from the 1870s.  There are many faces on that facade! 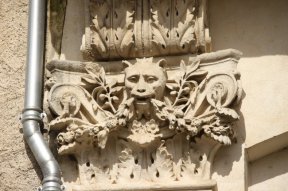 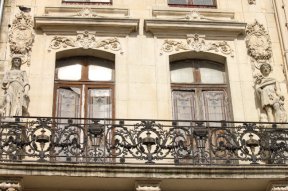 The face below is high up on a wall in a narrow street in Beziers – it’s almost ghost like!

Atlantes always look somewhat weary and/or bored – I guess I would too, if I had to carry all that weight! 🙂 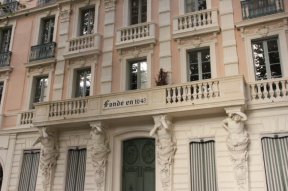 There are also plenty of animals to be found on facades.  Here is a pair of fearsome hounds guarding a gate: 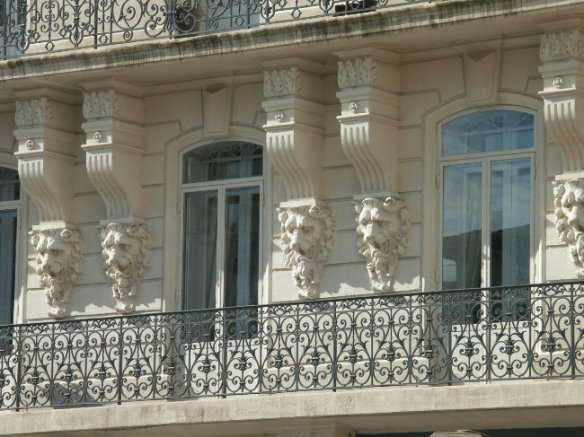 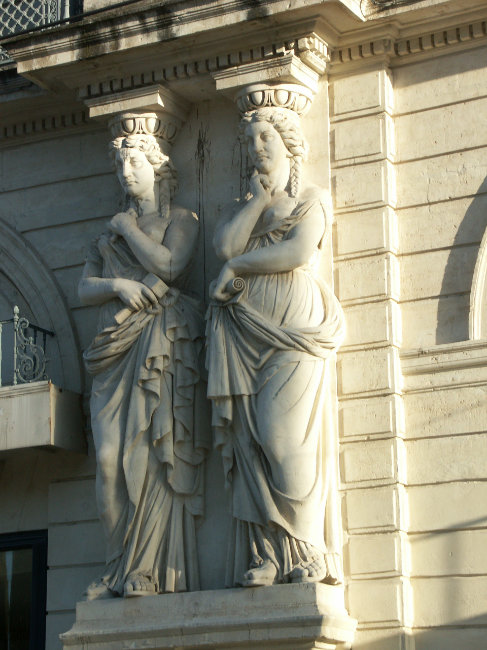 Someone’s looking out of a window of this tower in Narbonne.  I wonder what the story behind that window is! 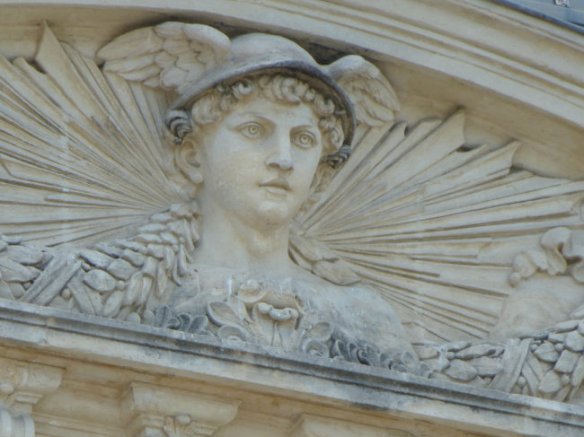 More caryatids – these adorn a renaissance mansion in Narbonne. 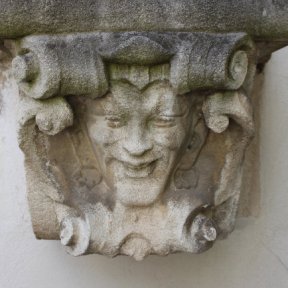 Green men also seem to figure in some places: 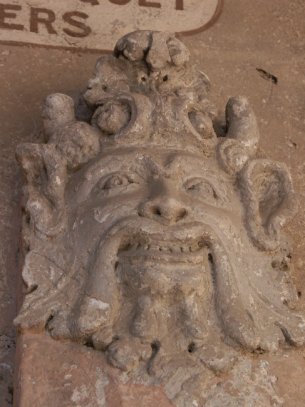 This finely sculpted face was actually on a door knocker and measured only about 3cm across! 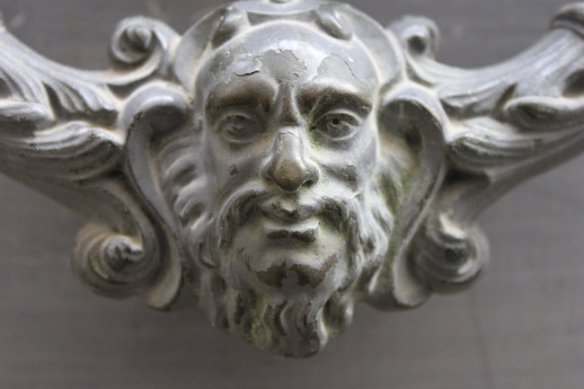 I leave you with this beautiful art nouveau sculpture from a building in Beziers.  Raise your eyes next time you go for a walk – you’ll never know what you may find!!