Writing this blog every week has allowed me to discover so much, and I am very pleased to be able to share these discoveries with you.  I’ve been to some wonderful restaurants, found hidden architectural gems, and visited incredible historical sites, to name just a few things.  I’ve also learnt to look at things a little differently, such as looking up when walking through a village or town.  And I’ve learnt never to leave the house without a camera! 🙂

Narbonne is a town which richly rewards a little exploring.  The town has a very long history, dating back to Roman times.  I’ve written about some of the Roman finds in Narbonne here, and there are still more Roman finds & monuments in Narbonne to be visited and written about!  Some traces of Narbonne’s history can be discovered by simply taking a stroll around the town – please join me for a little meander down the streets of Narbonne!

Le’s start in the main square of Narbonne, where the former archbishop’s palace used to face the castle or palace of the viscount of Narbonne.  The viscount’s castle has long disappeared, to be replaced in the 19th century by a palace of commerce, an early department store called Aux Dames de France.

The former archbishop’s palace in Narbonne

The facade of Aux Dames de France is richly decorated with all kinds of sculpted motifs! 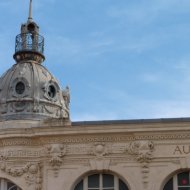 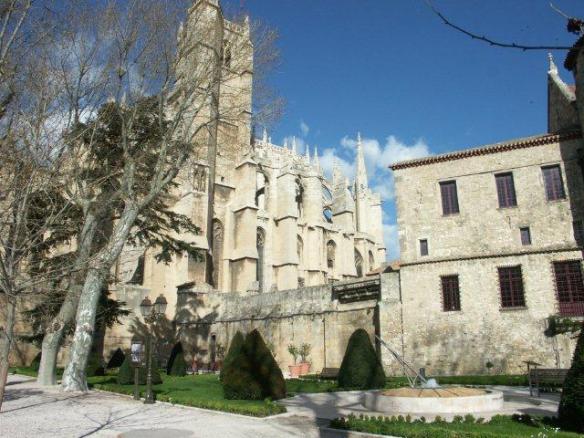 Building work on the cathedral started in the 13th century, and only the choir was ever finished!  What was built is very impressive, with a footprint that is 40 x 60 metres and vaulting that soars to a height of 41 metres!!  There are only three cathedrals in France which are higher: the cathedrals in Beauvais, Amiens and Metz.

Like most churches, the cathedral “decorations” were modified through the ages, to suit the prevailing tastes.  A “storybook” altar was found some years ago, walled up behind a Victorian era marble altar.  The carvings are remarkably detailed 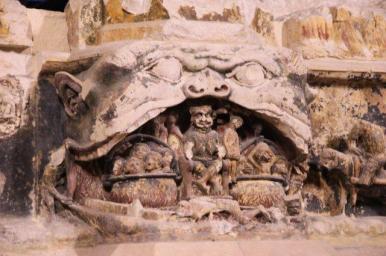 On the west wall of the cathedral is an immense pipe organ – I always wonder how they managed to fix that to the wall!!

Leaving the church via the cloisters and the archbishop’s garden brings you to outside the western end of the church, where building work halted and re-started several times. 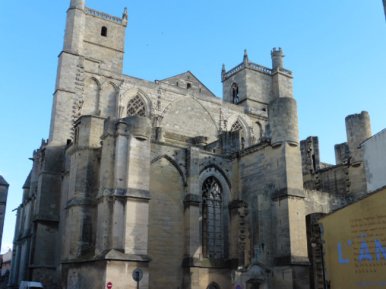 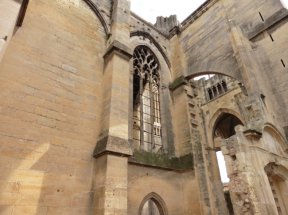 Continue walking randomly through the streets of Narbonne – there is so much to discover – such as the amazing decorations on this building – you can see the pain and boredom in the faces of the atlantes!!

There are faces in many unexpected places – sometimes high up on a wall!

Sometimes the effect is a little unnerving, such as when you look at the tower below, and realise that there is someone at the window. 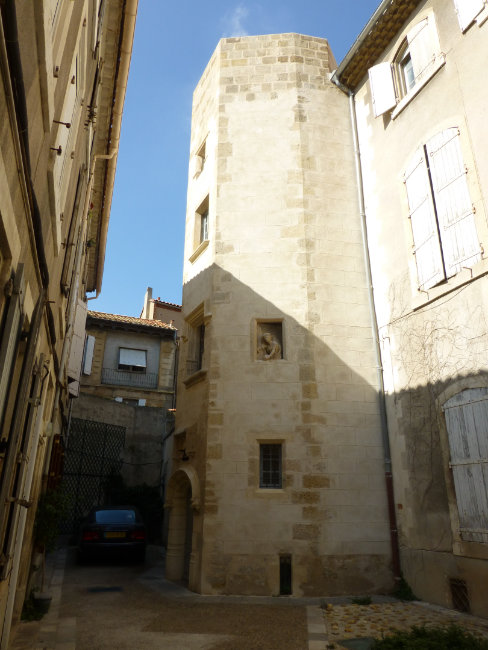 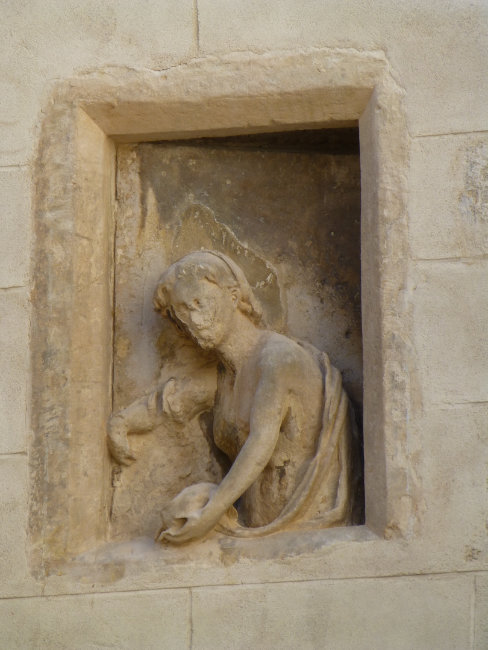 Other faces are tiny, and you need to look closely:

Then there are doors – all shapes and sizes – where do they lead to??

Decorative stonework has always been a sign of wealth – the bigger your wallet, the more you could decorate the outside of your house! 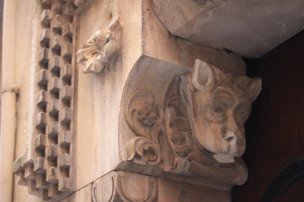 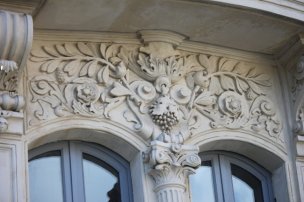 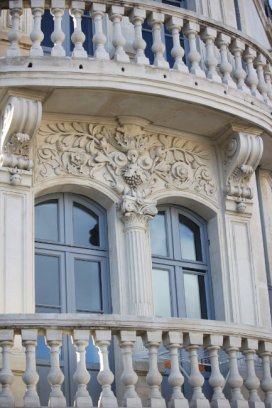 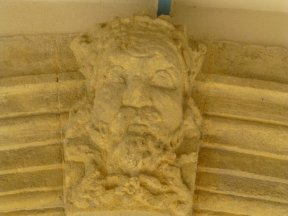 The building below has recently been given a new lease of life – for many years before that it was shut up, with the oriel tower supported by props, looking as though it could collapse at any moment.

Some of the decorations on the roofs are very ornate – is that a dragon?  The whole thing sits a little askew, it’s not the angle of the camera, I promise!!

The walls in the pictures below are the remnants of a church – it was probably repurposed a long time ago! 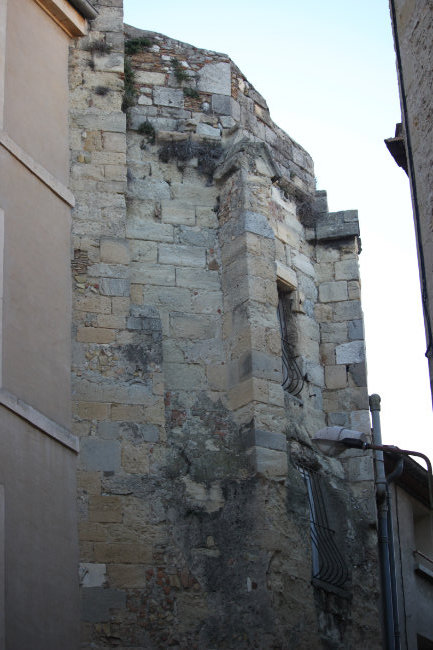 As Narbonne expanded, more modern architecture styles made their presence felt.  This is a beautiful example of art deco architecture:

This is just a tiny selection of all there is to admire in Narbonne – you could spend days walking and exploring!!

P.S.  If you’re looking for somewhere to stay in Narbonne, have a look at Villa Java!