I know the title is corny, but I just couldn’t resist it – that old children’s rhyme/song is one of those things which still sticks in your mind decades later! 😀

Peteta is the Occitan word for doll, and every summer, for the past 18 years, life-size dolls have appeared in the village of Murviel-les-Beziers, almost overnight.  Drive through the village and you’ll notice them all over the village, perched on balconies or standing outside shops!  I decided to investigate with my camera!!

The tradition was started in 1997 by a group of volunteers, who decided it would be fun to make life-size dolls out of straw and fabric, and dress them in period costumes.  I saw the first dolls many years ago, mainly outside shops.  They represented the particular trade of the shop.  So there was a doctor outside the surgery, a baker outside the bakery and so on.  Over the years the tradition has grown, and there are now Petetas at 57 locations in the village.  In many places there is more than one doll, so I imagine that there are around 100 dolls throughout the village.  They are all dressed in clothes representing the first half of the last century.

If you want to see them, hurry up!  The Petetas will disappear at the end of August, and won’t reappear until early July next year.  I leave you with the pictures… 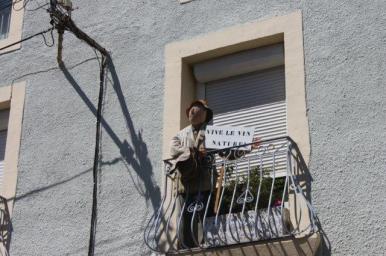 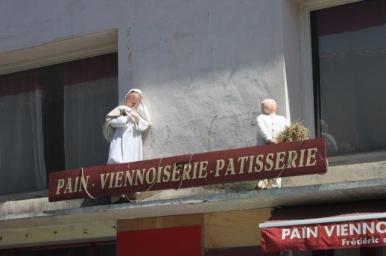 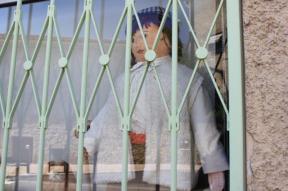 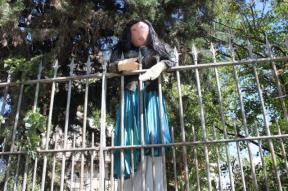 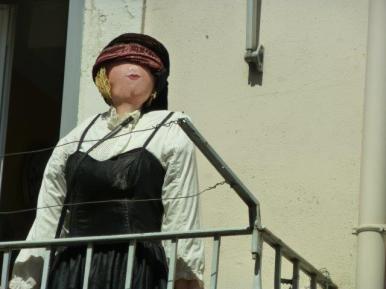 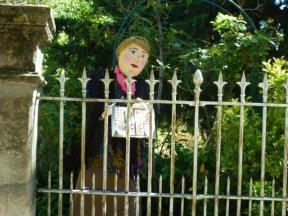