This week, I would like to share with you the series of photographs from the calendar I made for 2011.  Let’s start with the cover picture, which is a collage of the twelve photographs used for the calendar:

The picture in January was of the fire burning in Stephane’s bread oven.  Stephane revived an old bakery in Azillanet, and he baked the most amazing bread in the old wood-fired oven.  I visited his bakery several times and wrote about it back in 2013 – you can find the article here. 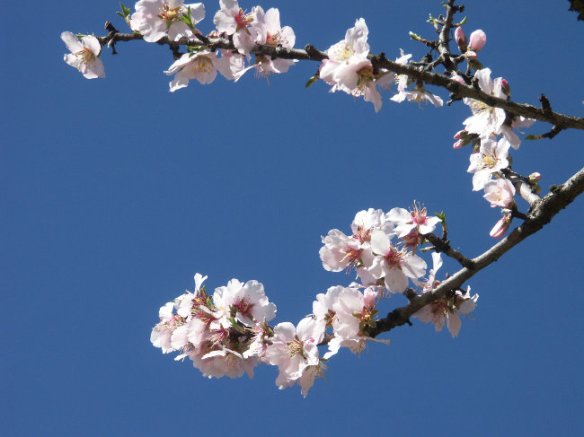 The picture for March was a still-life I took at a friend’s house near Roquebrun.  I loved the shape of the glass jug and way the sunlight streaked across the table.

On the page for April, a honey bee was showing us how it’s done – collecting nectar on a quince blossom!

The landscape around Saint-Chinian is beautiful, and a small bit of it was on show during May 2011:

June is prime time for strawberries and this dessert was a wonderful example of what can be done with a few simple ingredients and some imagination!  Crushed meringues, fresh strawberries, whipped cream, the whole topped with vanilla ice cream mixed with strawberry coulis.  Writing about it makes my mouth water! 🙂

The sunflower in the July picture grew in my garden:

The August picture shows the bridge over the Canal du Midi in Le Somail:

I adore fresh figs – their taste and texture are so far removed from the dried figs of my childhood!  In Saint-Chinian fig trees thrive!  Delicious figs can be found in the weekly outdoor market during the summer months or on walks in the countryside!

During October, I showcased some of the houses along the river in Saint-Chinian.  The stone facades contrast beautifully with the red ochre facade.

The sweet buns in the November photograph were baked at Stephane’s bakery in Azillanet.  And very tasty they were too!!

The ‘shining stars’ in the last picture of the year lit up a stall at the Montpellier Christmas market.  They were very colourful and festive!

So there we have it – a year in pictures!  What’s your favourite picture of that year?

Back in the last century, in 1999 (remember those days?? 😉 ), I worked on a calendar project with a friend.  She was a professional photographer and I had some computer skills, and so we pooled our skills and resources to produce a calendar illustrated with photographs taken in and of the area.  The calendars were sold to visitors and locals alike – they were very popular!  It was a very enjoyable but one-off project.

Many years later, in 2008, I made a photo calendar for a friend, just a one-off for a Christmas present.  That started a tradition which is still going!  For the past eleven years I have produced a calendar each year, using photographs taken mostly around the area.  I have only ever had a small number of them printed, and I have given the calendars as Christmas presents to friends and family.

A recent conversation with one of my brothers sparked the idea of sharing some of these calendars with you.  Here’s the background to the story: The management team of the nursing home where my brother works, recently decided that they needed new pictures on the walls.  My brother had kept all the calendars from over the years, and he felt that these were just the pictures that were needed!  So the calendars were cut up, the pictures framed and hung up all over the place.  My brother now sees reminders of Saint-Chinian throughout the building!

Here are the pictures from that very first calendar in 2009: 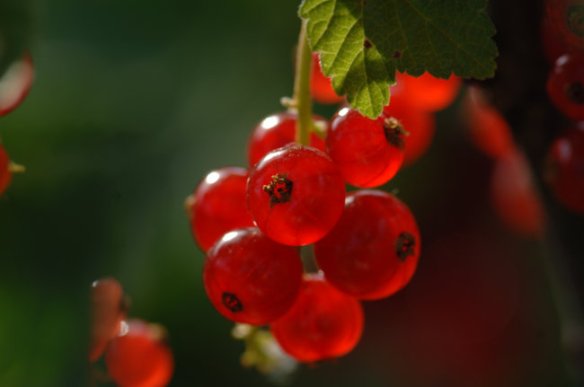 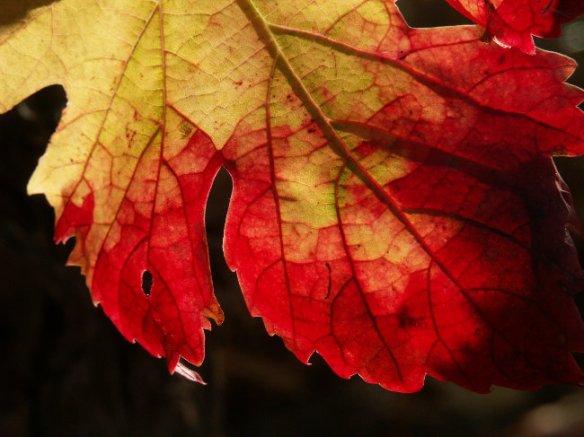 Windmill on the hill above Saint-Chinian

Garden of the Gods, Colorado, USA

The pictures from Barcelona and Colorado were the odd ones out in 2009 – I’d visited both places the previous year, which is why the photographs made it into the calendar!

I’ll be making another calendar this year – I don’t think there’ll be any pictures of far-flung places in it! 🙂