If you’re in the vicinity of Grau du Roi, whether for a visit to the arena for a bull-fight, or on your way to Aigues Mortes, a visit to the Seaquarium is going to be fun, especially if you have children with you.  You can plan your visit so you have time for walk on the beach, or along the seafront in the centre of town.

The outside of the Seaquarium is somewhat unprepossessing, but there is plenty of parking just next door.  Once you’re inside it’s another story though.  The fish tanks are amazing and you’ll be able to see nearly 200 kinds of marine animals on the way round. 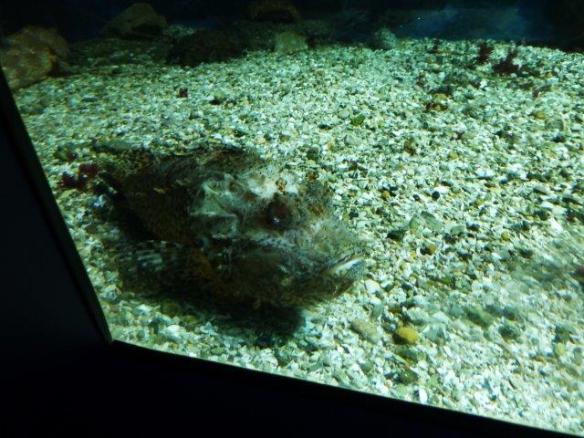 The very first tank contained some extremely interesting looking creatures from the Mediterranean.  I’m not sure that I’d want to swim with any of them  🙂 ? 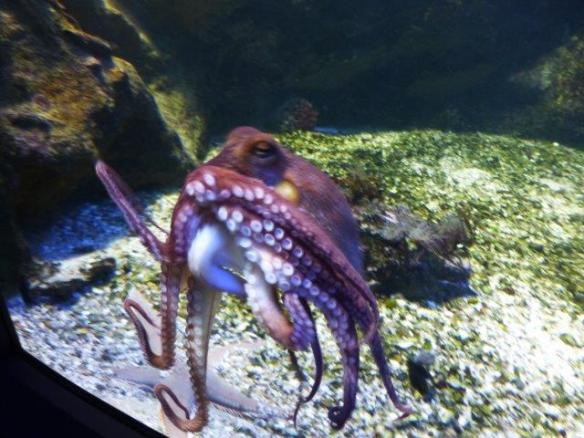 Most of the fish were really difficult to photograph because of the low light levels and their constant movement, but I hope you’ll get the idea.  Some underwater life is incredibly colourful. 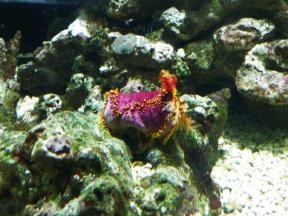 And some of it is hard to distinguish from its surroundings – those two really look like rocks on first glance.

The sea horses are my all time favourites and they are pretty extraordinary creatures!

The Seaquarium’s main claim to fame is the Requinarium, a 1000 square metre space dedicated only to sharks, and unique in Europe.  Walking through a glass tunnel with sharks swimming all around you is impressive, and walking over the top of the enormous tank gives you an idea of the size and scale of some of the sharks!  There are many species of shark, from the very small to the enormous! 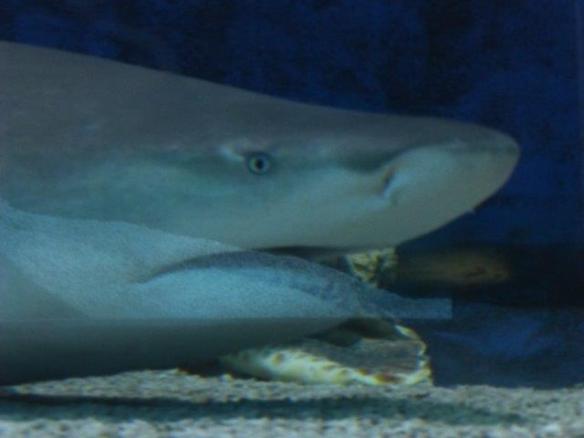 The accompanying displays were highly informative and interesting, and I learnt a lot, but all the same I was very happy that the sharks were behind glass :-)!  Over the public address system I heard an announcement that there would be a training session of seals and sea-lions in a moment, so I made my way to the outdoor pool and watched for a little while. 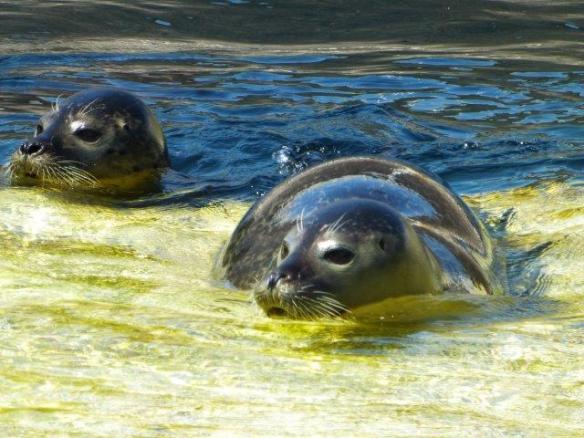 The trainers were amazing with the animals, but it lacked a little excitement.  And they kept talking in a kind of intercom which hung around their neck.  In the end I figured out that the real “show” was to be seen on the floor below.   And there they were – the side of the tank was one enormous glass wall, and there were two more trainers, one with an intercom, and the other with a microphone, explaining what the animals were about to do.  It was fascinating to see what the seals and sea lions would do at the wave of a hand, and of course they were always rewarded with a fishy treat by their trainers upstairs!

All in all a great visit, highly interesting and enjoyable!